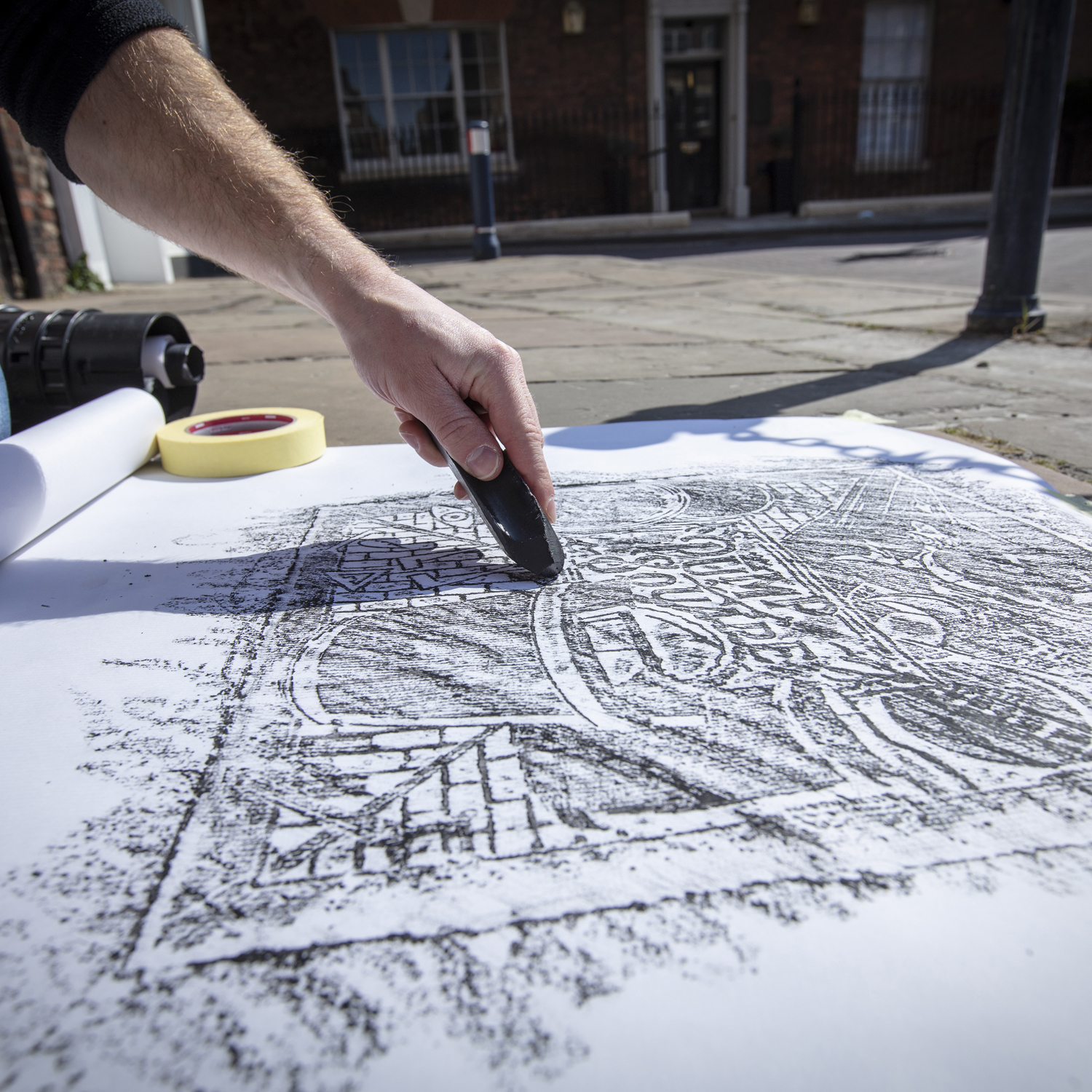 The Etched in Time arts trail was developed as part of the Experience Boston project. Working with Creative People and Places project Transported and Boston Borough Council, artists Neil Baker and Steven Hatton of Electric Egg have created eight permanent artworks which celebrate Boston’s heritage. The artworks respond to the themes of Travel, Trade and Influence.

The artworks are etched brass with a black inlay and bronzed finish. The choice of medium is inspired by the monumental brasses found in churches across the United Kingdom, particularly in areas like Lincolnshire which, because of its proximity to the coast, benefitted from the ease of importing the latten metal needed for their creation.
As with the monumental brasses, we hope that residents and visitors to Boston will take away their own version of the artwork through rubbings, thus reviving a once popular pastime and encouraging people to create their own interpretation of the artworks. The artworks were hand drawn digitally and are designed to weather with time and become an established part of the street landscape with the patina of the brass evolving.

The Etched in Time arts trail was developed as part of the Experience Boston project.

Stay up to date with Pescod Square

Enter your email address below to receive regular updates directly to your inbox.